Home > Resources > A key part to mental health awareness is sharing stories. This is ours.

A key part to mental health awareness is sharing stories. This is ours.

In financial advisory we don’t tend to see, or expect, the ravages of mental health. The candidates we put forward and place are keen to show that life is easy; that they can push more and work harder, and mental health, if we’re honest, rarely gets a mention.
At least that was the case until earlier this year when we met a candidate seeking a role in wealth management sixteen months after abandoning a successful career in New York because of burn out and depression.

His highly personal story is an increasingly familiar narrative. Ignoring the panic attacks and other physical manifestations of mental stress along with what he described as an enduring and unshakeable feeling of sadness, he had plunged ever deeper into work.

Everything grew much tougher, sometimes impossible, and in one client meeting it came to a head. Visibly stressed, he collapsed and finally confided in his boss. It led to an extended leave of absence that ultimately ended in his decision to quit his job altogether. “They didn’t really know what to do with me,” he recalled.

When we put him forward for interview, he told us that he planned to share the detailed story of his illness with his potential employer in a process that exposed our unconscious bias.

He dismissed our concerns that he might be judged, or that (in his words) revealing the gory details instead of simply relaying the facts could prejudice his ability to secure the role. “It is essential to share in order to reassure others they are not alone,” he remonstrated.

He told us it was also important to be open because he was vetting them too. He didn’t want to work anywhere that wasn’t supportive about mental health. They needed to know that scrupulous management of his working hours made early and late meetings tricky and that he rarely answered email outside the office.

Suffice to say he was offered the role and we learnt some important lessons in the process. Firstly, it is possible to recover from mental illness, although he prefers to call it “ongoing,” linked to both prevention and treatment.

We learnt how in recent years a growing number of City employers have made commendable efforts to understand mental health and break the stigma. Some have appointed well-being and mental health first aiders to encourage people to talk about stress, anxiety and depression and call out damaging behaviour.

Elsewhere, executives espouse the importance of teamwork (rather than individuals shouldering responsibility alone), lighter workloads and delegation, and mental health is climbing up the boardroom agenda.

Of course, surveys and statistics reveal there is much more to do. According to the Institute for Fiscal Studies, under Covid mental illness has become on average nearly 10 per cent worse for those already vulnerable.

But initiatives like Time to Change, and more recently This is Me and The Mindful Business Charter, which encourages banking and legal teams to tackle long working hours, are making a difference.

Elsewhere mental health champions who are also industry leaders have come out with their own struggles to help end the taboo. HSBC’s Brian Heyworth, who is also chairman of the City Mental Health Alliance, Quilter’s chief executive Paul Feeney and Goldman’s Beth Robotham to name a few.

Heyworth is passionate about the difference that can be made to businesses by fostering a culture of transparency in relation to mental health and wellbeing.

“My experience is that the more open companies, teams and people are about all aspects of mental health, the better the relationships that are built and that stronger, more sustainable business performance follows”.

Finally, our candidate showed us that people who have suffered from mental illness are both inspirational and sought after because of their ability to connect and lead. Something the American researcher Brené Brown articulates so beautifully when she says people can only meaningfully connect when they are “seen” and make themselves vulnerable.

By telling our story of unconscious bias and mis-held beliefs we hope to contribute to this still new conversation. We feared the consequences of our candidate sharing his story, but he showed us that revealing who he was in a moment of trust is normal.

Despite priding ourselves on being a people business, we revealed a tendency to forget that everyone is an individual and exists in the real world outside their career. We are always urging businesses to invest in their people, and this must include their mental health.

We have replayed those early January meetings in the ensuing months, and we would act differently today. We now make a conscious effort to talk about mental health within our recruitment processes and talent recognition, with both clients and candidates.

We saw first-hand that being authentic and open about mental health means putting your hand up when you are struggling because the healthiest, happiest, and most successful people are those who are true to themselves.

My experience with anxiety
February 11, 2021 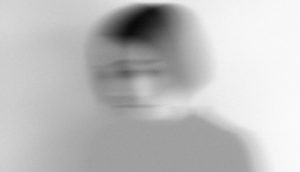