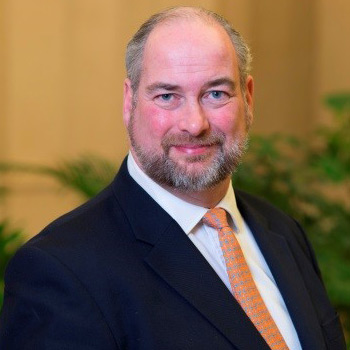 Sean has worked in the financial services industry for 19 years.  He currently leads a team of Finance specialists who work closely with private clients, Charities, dedicated intermediaries, Law firms, Accountants & Family advisers at Canaccord Genuity Group based in the City.

Throughout his career, Sean has always given up his time to help others. For example, as a Victim Support Councillor, he has pushed for the correct financial advice to be available for injured individuals and his diversity work has led to trustee positions at several charities dealing with Injury, rehabilitation and mental health.

Having been part of several inaugural Finance-led Diversity groups at several International banks and a leader in the City Veterans space he has a wealth of knowledge to bring to the Diversity Project in the future. Recognised for his cultural diversity he has been a Champion for City of London engagement with young people from non-advantaged backgrounds.

An advocate and supporter of STEM projects for women in the City and beyond – with the view that we should have a City where a person’s ability and aspiration alone determine their career path, not gender or background.

Sean has most recently had the pleasure in supporting the Ice Maidens –   Six British women who became the first all-female team to use muscle power alone to cross Antarctica.

Before entering financial services, he served as an Officer in British Army around the world and continues as a Trustee at RMA Sandhurst and Chair of the Family-focused Give Us Time group.

Enjoys the countryside, motorsport and an unruly Labrador called Daisy.