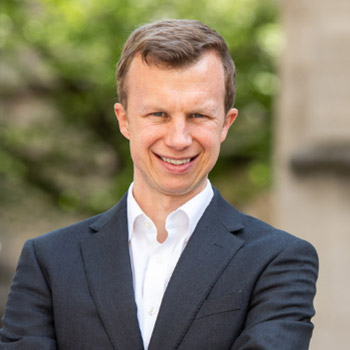 I joined MacKay Shields UK LLP in December 2021 as Senior Managing Director and Co-Head of the Emerging Markets Debt team. Excited to build a new EMD capability, I joined the Firm from BMO Global Asset Management where I also co-headed the Emerging Market Debt team.  I started my career at F&C Investments in 2006, spent 4 years at First State Investments from 2011 to 2015, before re-joining BMO Global Asset Management in 2015 after the company merged with F&C. It was during my tenure there that in 2016, I contracted Sepsis, which ultimately led to amputations of my lower legs. Since becoming a double-amputee I returned to work, gained a promotion to Co-Head, EMD in 2020 and moved companies to join my current employer in late 2021.

Passionate about sport, I used to play tennis with my friends at my local club, but having discovered wheelchair tennis as part of my recovery, I now compete nationally and internationally, when time allows. I am also keen to raise Sepsis awareness and support the disabled community by sharing my experience and leanings from it.