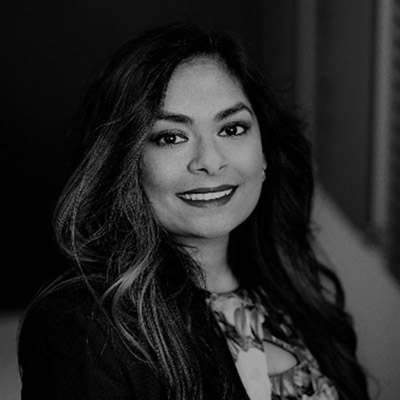 I am a British Indian woman born and raised in the UK by my mother and father who are originally from Tanzania and India, respectively. Growing up I played many sports and studied for a degree in Mathematics, which was not necessarily in line with the expectations of what society at that time thought Indian women “should do” (such as study to become a doctor or a lawyer). As such, I have always been determined to push through barriers and challenge the status quo be it via sports, studying or my career.

After successfully completing my degree in Mathematics I moved on to teach Mathematics for 11–16-year-old students and supported them with wider extracurricular activities before making a career change into investments.

When I started my journey in the investment industry back in 2015, I hadn’t really thought about the issues I might face, where females and/or people from minority ethnic backgrounds were often underrepresented in leadership positions. Over the years during my career, I experienced different levels of diversity within the organisations I worked for and faced many challenges. I have since progressed on to become a recognised leader in responsible investing and sustainability, focusing on encouraging market best practice on a wide range of issues including diversity and inclusion.

I am extremely passionate about diversity and empowering others, which lends itself well to my current role. I hope that I can be a role model for many and support a wider market movement for greater diversity in the investment industry. I am excited to be a Diversity Project Ambassador and hope to play a significant role in improving participation in the investment industry.