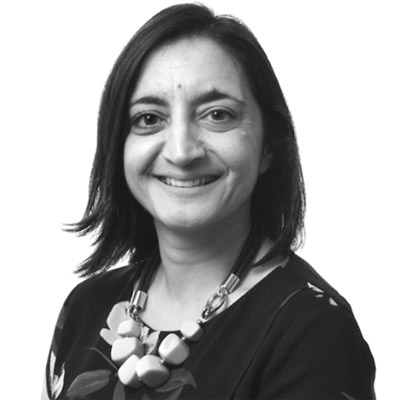 I was born and brought up in Scotland in the 70s, quite an experience as an Indian child. I was definitely Scottish first, Indian second while growing up but now I’m pretty much “Scottish first” 50% of the time and “Indian first” the other 50% depending on the circumstances.

I have lived and studied or worked in America (twice) and Brussels as well as Scotland and England and am now firmly settled in Surrey. I also spent a year travelling around the world in my early 30s.

The first 10 years of my professional life were spent in the voluntary/charity sectors where I held a variety of campaigning roles, including at the Royal National Institute for the Blind and Consumers’ Association, publishers of Which?

As the BAME movement has taken off I have been involved in various initiatives and also written some blogs which you can find on my linked in profile.  I’m passionate about equity and while I don’t think change will happen as fast as it should, I am driven by wanting to make the world a better place for my twins who already have a wider world view than I did growing up, but who are also still exposed to the many prejudices we still hold as a society.