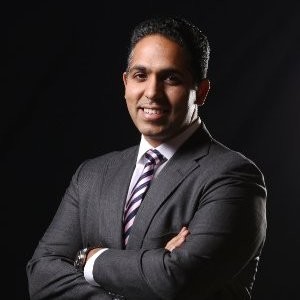 I am a proud British Indian, a practicing Hindu, a Vegan and I don’t drink alcohol. Growing up my parents worked multiple jobs to make ends meet as immigrants to the UK from Africa, as did their parents when they emigrated from India. I went to a state school in Crawley, then got into LSE to study Actuarial Science. After graduating I spent a year reconnecting with my roots in India studying at Tatvagnan Vidhyapeeth (School of Philosophy).

I started my career at Aon Consulting as an investment analyst, then was hired into Watson Wyatt as a fixed income manager researcher. I became a Fellow of the Institute of Actuaries (FIA) in 2004.  I spent a number of years at Henderson Global Investors, latterly as Head of Fixed Income until 2012. I worked as a strategy consultant for various organisations driving culture change, innovation and transformation, before being appointed as CEO of Redington in April 2016. I stepped down from the role at the end of 2021 having achieved the goals I had set out to deliver, in order to explore new opportunities.

I am passionate about developing agile and inclusive cultures, where diverse talent can innovate and collaborate to create a more sustainable and equitable future for all. I am a member of the Diversity Project’s advisory board, an active member of the CEO sponsor group for the gender workstream, an LGBT Great #50for50 ally and an executive sponsor of the Race & Ethnicity workstream.