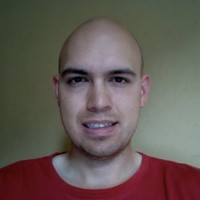 Michael was born in Malaysia to a Malaysian (Bumiputra) mother and English (County Durham) father. He was brought-up overseas in a working class environment and came back to study in a state sixth-form college in his mid-teens. He read physics at the university of Oxford and went on to complete a PhD at the university of London.

Originally an accelerator physicist (RHUL/Oxford), and then a quantitative analyst (Man Group), and then a capital actuary (Amlin), Michael is now working as an investment manager for MS Amlin which is a multi-asset fund-of-funds investment house.

Thanks to MS Amlin’s supportive shared parental leave (SP) policy Michael was able to take 20 weeks SPL in 2017 with the birth of his first child. He is married to Helen (English) who is a speech and language therapist, and they are expecting their second child in September 2019.