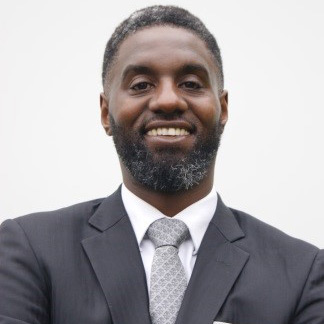 Daniel was born in London to St. Lucian parents and, as the son of a Royal Green Jacket, he spent time in Germany before settling in the Wiltshire countryside.  He attended Bath Spa University College and began his career as a financial adviser upon graduating with a degree in Business Studies.

In 2004, Daniel relocated to Dubai where he continued working in financial services.  As the founder and general manager of Gulf Capital Mortgages Company, he supported clients from all over the world – as well as enjoying the vibrant and multicultural lifestyle of the city, desert, and beach.

Upon his return to the UK in 2015, Daniel settled on the Longleat Estate with his wife and a growing brood of animals, including some uninvited in the garden!  He is committed to reaching the traditionally underserved and under-prioritised communities in the area.

To this end, he serves as a volunteer adviser for Forces MoneyPlan and as a volunteer consultant for Fairfield House and the Bath Ethnic Minority Senior Citizens (BEMSCA) – and looks forward to bringing his experience and passion to the Diversity Project.