Home > Events > “How to Neurodiversity”: An introduction to successful neuroinclusion

“How to Neurodiversity”: An introduction to successful neuroinclusion

Neurodiversity refers to the diversity of human brains, and considers differences of how our brains are “wired” as simply another natural variation in humans. It is often used to specifically cover autism, ADHD, dyslexia and dyspraxia, amongst others.

It is estimated that around 15-20% of the UK population is neurodivergent, so we all have a lot of colleagues already among us.

In this 1-hour session, Meike Bliebenicht, the DP’s neurodiversity workstream lead, gave an introduction to neurodiversity and explained how we can access its amazing contribution to diversity of thought and remove the obstacles to successful neuroinclusion.

The webinar was targeted at anyone interested in learning more about neurodiversity, whether HR professionals, people managers or someone just interested in the topic. 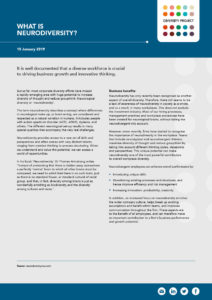 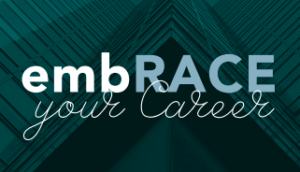